A world on fire

As I've been pre-occupied with my upcoming trip to Ecuador and having tasks to do, this is only going to be a quick post.

During February three Nicaraguan volcanoes were active. Lava lake activity continues to persist on Masaya Volcano and Momotombo was very active producing moderate to strong explosions. Telica also had explosions and incandescence in the crater was observed on webcam during the night.

What was initially thought to be a secondary lava lake, a new hornito was formed inside the crater of Nyiragongo emitting a lava flow which flowed towards the lava lake.

Satellite images detetced an eruption occuring on the Alaid Volcano in the Kurile Islands, to the south of the Kamchatka Peninsula.

Soputan has erupted in Indonesia during the evening of 6th February 2016 local time. An eruption plume rose to the height of approximately 7km and drifted northwest and southwest. Ash fell in seven districts: Tombatu, North Tombatu, East Tombatu, Pasan, Ratahan, Belang, and Ratatotok. 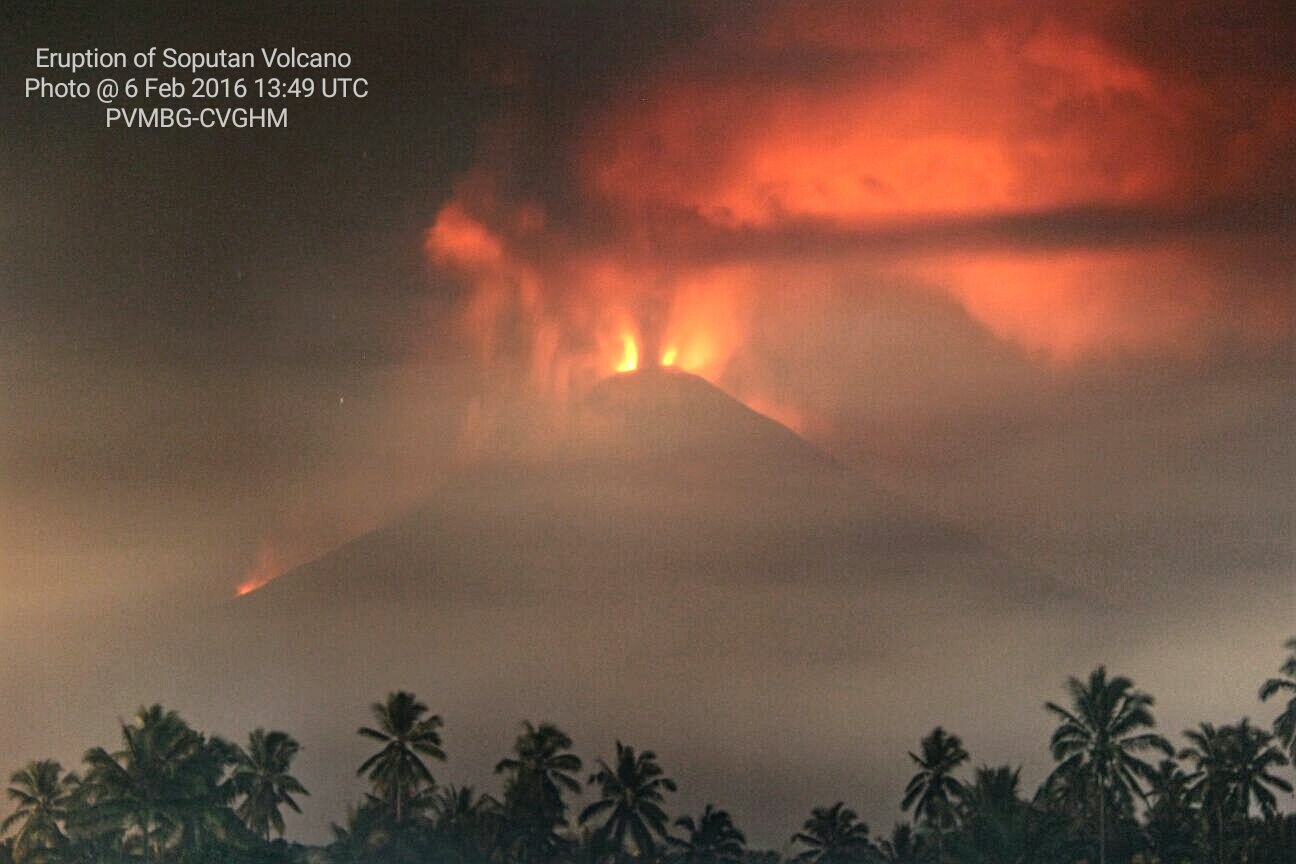 Just a quick update on the volcanic activity in Guatemala, another large explosion had occurred on Santiaguito Volcano yesterday and a new lava flow had begun on Volcan Fuego overnight.

Sakura-jima explodes back to life and large eruption of Santiaguito

On 5th February 2016, the Sakura-jima Volcano roared back to life after a few months of inactivity. A large explosion had occurred from the Showa crater ejecting incandescent material on to the slopes followed by a plume which rose to the height of 3km.

In Guatemala, a strong explosion occurred on Santiaguito Volcano at approximately 10:30 in the morning local time during the morning of 5th February 2016. An ash plume rose to the height of 5.5km and a pyroclastic flow travelled down the southeast flank to a length of 2-3km. Ash fell on nearby settlements.

Footage of the eruption of Santiaguito on 5th February 2016. SOURCE: Prensa Libre.

As I've recently been busy and got a lot on my mind this is only going to be a quick post, so apologies for the lack of details. We've had a larger than normal explosion on Santiaguito, pyroclastic eruptions on Fuego during a high level of activity, an eruption on Popocatepetl, a new crater at the summit area of Nevados de Chillan formed following a recent phreatic explosion, and an eruption on Zhupanovsky producing a plume which rose several kms high.

In my first post of 2016 I bring you a round up of significant volcanic activity which started the year.

A significant eruption began on Fuego yesterday producing an ash plume which rose to the height of 6km before drifting 40km to the west, southwest, south and southeast. Explosions caused shockwaves which were felt in houses in nearby areas, and ash fell in surrounding villages. Lava and pyroclastic flows descended the canyons on the slopes.

An eruption began at 20:53 local time. Ash plume rose to the height of 2km above the crater and the alert level was increased to level 3.

On Saturday 2nd January 2015, Momotombo erupted again. Low level ash emissions were spotted on webcam, but then at 4:22 local time on Sunday morning an incandescent explosion had occurred.

This is going to be just a quick catch up and that's it.

As most of you are already aware, Etna had some paroxysmal activity originating from the Voragine crater earlier this month. Since I wrote a report about it, the activity had since migrated to the New Southeast Crater and then the Northeast Crater. Eruptive activity on Etna has since ceased. A new lava lake was present inside Santiago crater on Masaya Volcano in Nicaragua since mid December. And ash emissions have been occurring on Bromo Volcano in Indonesia.

Ok, that's it for now and I would like to wish you all a good Christmas. Meanwhile I will leave you with a photo of the Bromo eruption from this month. 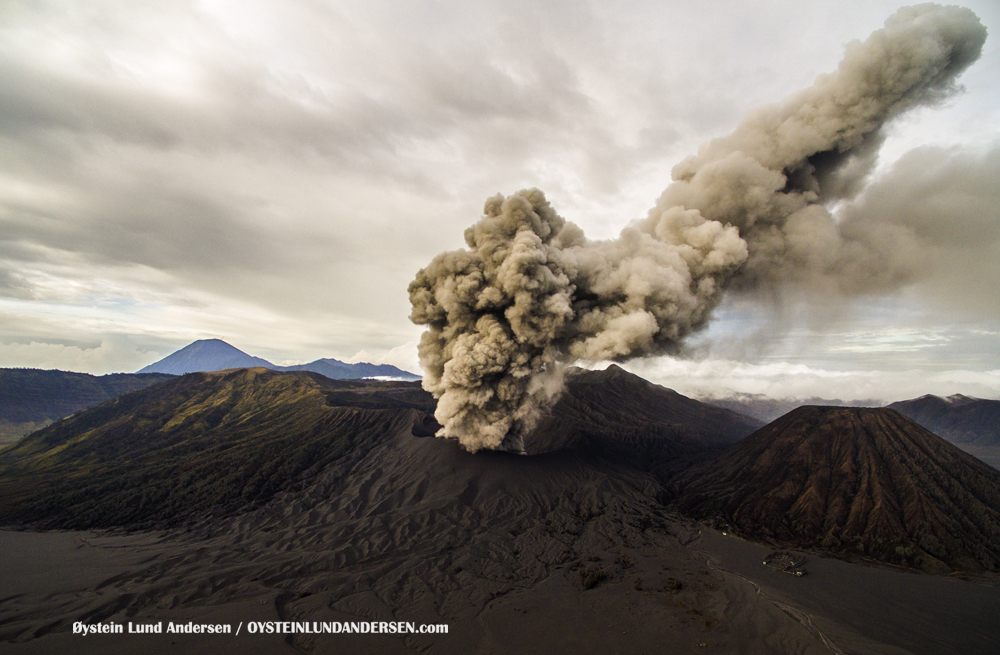 This is only going to be a short post as I don't have time to write a detailed report, but two more paroxyms had occurred on Etna today at the Voragine crater. The first during this morning, and the second during this evening. Both eruptions were of similar nature to the first one which occurred the night before, tall lava fountains with a high ash plume. During the morning eruption, ash emissions also occurred in the new pit crater of the New Southeast Crater.

A paroxysm occurred on Etna's Voragine crater during the early hours of the morning. This followed some intense strombolian activity which had begun during the previous evening and had gradually grown in intensity. The paroxysm reached it's climax during 3:20-4:10am local time when a high lava fountain reached a height of more than 1km above the crater. The eruption plume drifted to the northeast causing ashfall in Linguaglossa, Francavilla di Sicilia, Milazzo, Messina, and Reggio di Calabria. At dawn the eruption almost ceased although weak ash emissions were reported in the Voragine and Northeast craters, and also the small pit craters which recently opened up on the high part of the New Southeast Crater.

During the early hours of the morning local time, the webcam for Momotombo Volcano showed that it was erupting again. A strombolian lava fountain was observed during the morning. An ash plume reached the height of 2-2.5km before drifting northwest, and a lava flow descended the northeast side of the volcano. Yesterday, Momotombo begun an eruption which was it's first for 110 years.

Yesterday, a small eruption occurred on Turrialba Volcano at 6:38 in the morning local time.

And finally, there has been an increase in eruptive activity tonight inside Etna's Voragine crater. Ballistics were reported to have thrown above the crater.

Yesterday, a significant eruption had occurred on Guatemala's Volcan Fuego following an increase in activity. A lava fountain had rose 500m above the crater producing lava flows which travelled down the channels: Ceniza, Trinidad, Las Lajas, Santa Teresa, and Honda. Shock waves from loud explosions were felt as far as 25km away in the villages Panimache I & II, Santa Sofia, Morelia, El Porvenir, and Yucales. The Ash plume rose 6000m before drifting 30 to 40km to the west and southwest. Fine particles of ash fell in places downwind of the plume including in Santa Lucia Cotzumalguapa. A pyroclastic flow travelled down the Honda channel. The activity is now back to normal.

Elsewhere in Guatemala, a strong explosion on Santiaguito occurred this morning at 7:07 local time producing an ash plume which rose to 2-3km causing ash to fall in places including San Marcos Palajunoj and Finca La Florida. A pyroclastic flow was also reported. 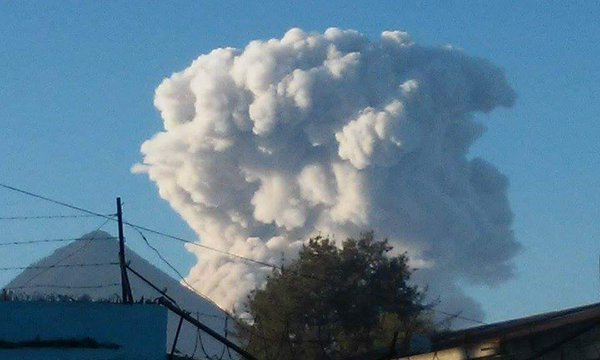 Large explosion on Santiaguito as of today. SOURCE: Analy Hernandez.

In Nicaragua, Momotombo erupted this morning at 7:49 local time producing an ash and gas plume which rose 1000m above the crater. Ash drifted in a southwesterly direction. Then three more smaller explosions occurred at 8:17, 8:42, and 8:55 local time producing ash and gas plumes which reached the height of 300m above the crater. Gas emissions had been continuing. This was the first eruption of Volcan Momotombo in over a century having last erupted in 1905. 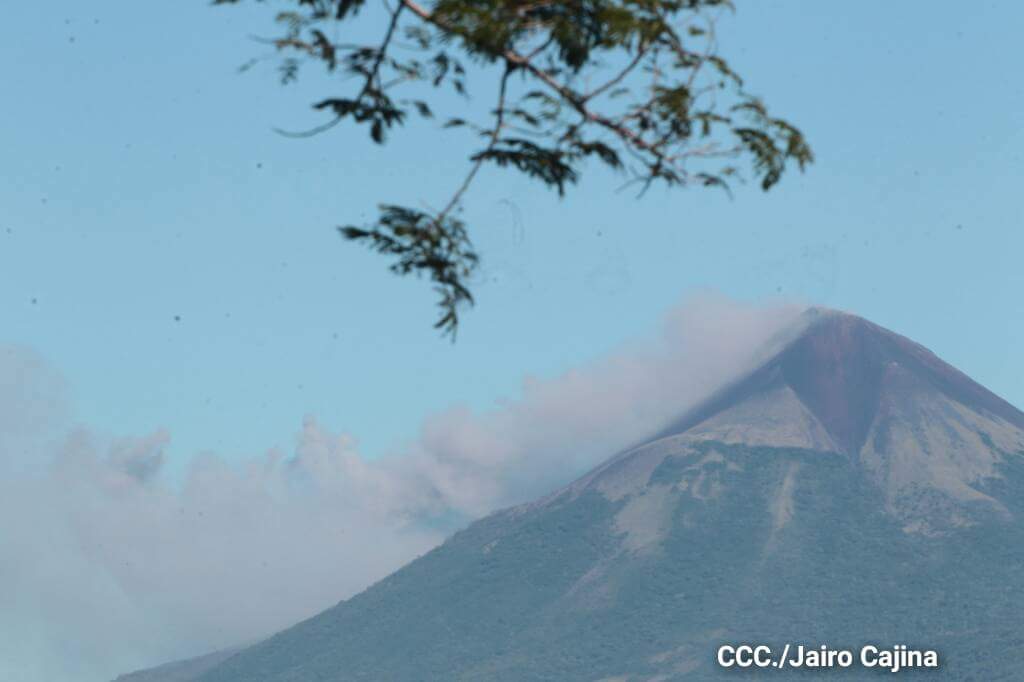 In Kamchatka, Zhupanovsky began an eruption 3 days ago. A strong eruption had occurred yesterday at about 15:50 local time producing an ash plume which reached the height of 9km then drifted southeast. The plume was seen from the city of Petropavlovsk.